Equal Pay Act Garners Attention at ESPY’s and with EEOC

The topic of Equal Pay in sports and beyond continued to receive national attention at this year’s ESPY Awards. Two female award recipients, Abby Wambach and Breanna Stewart, used the stage as an opportunity to speak out about pay disparity between the sexes.  The topic of equal pay garnered much attention earlier this spring when the U.S. women’s national soccer team initiated a legal action alleging discrimination in pay.  The women’s team will continue its campaign for equal pay by wearing its message on T-shirts and temporary tattoos during the Olympic games. (See April 12, 2016 Blog Post -U.S. Women’s Soccer’s EEOC Lawsuit and Resignation of Indian Wells CEO Renew Focus on Equal Pay in the Workplace.)

Equal Pay is a national issue that transcends sport and has recently been the focus of several federal agencies. In an effort to identify potential wage discrimination, the U.S. Equal Employment Opportunity Commission (EEOC), on July 13, 2016, announced the publication of its revised proposal to collect pay data through the Employer Information Report (EEO-1). The EEO-1 report is a joint information collection of EEOC and the U.S. Department of Labor’s Office of Federal Contract Compliance Programs (OFCCP). The EEO-1 form provides EEOC and OFCCP with workforce data by race, ethnicity, sex and job categories.

What Information Would Employers be Required to Report?

When is the Report Due?

Under the updated proposal, the report on 2017 employment information would be due by March 31, 2018 – instead of September 2018. This shift purportedly reduces costs for employers by allowing them to use W-2 wage data, already compiled for tax purposes, and provides a full 18 months for the transition to the new reporting requirements.   The next EEO-1 report is due on September 30, 2016. There are no changes on this report. Employers will not be required to provide pay data this year.

What is the Purpose of the Proposal?

The pay data will assist the agencies in identifying possible pay discrimination and assist employers in promoting equal pay in their workplaces. The U.S. Secretary of Labor, Thomas E. Perez, has commented: “Better data means better policy and less pay disparity. As much as the workplace has changed for the better in the last half century, there are important steps that we can and must take to ensure an end to employment discrimination.”

Can the Public Weigh In?

The revised proposal was published on July 14 and may be reviewed on the Federal Register website. Members of the public will have 30 days from that date – until Aug. 15, 2016 – to submit written comments to the U.S. Office of Management and Budget (OMB), which approves federal information collections. 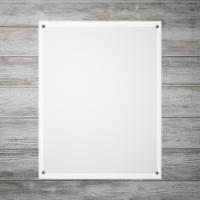