Two recent sports headlines have brought to the forefront the issue of equal pay for women in sports and the workplace in general.  On March 22, 2016, Raymond Moore, the chief executive of the Indian Wells Tennis Garden in California and director of its tournament, resigned as a result of the backlash he faced for suggesting that women tennis players “ride on the coattails of the men”.  Meanwhile, on March 29, 2016, 5 members of the U.S. women’s soccer team filed a wage discrimination action against the U.S. Soccer Federation with the Equal Employment Opportunity Commission (EEOC), alleging disparity in pay between male and female U.S. soccer players.

Both of these stories highlight the increased focus on the concept of equal pay for equal work and the disparity in wages between men and women.  These stories also serve as a reminder of the necessity for all employers to be proactive in identifying any problems in their wage practices. Coincidentally, April 12, 2016 is Equal Pay Day, which was originated in 1996 by the National Committee on Pay Equity to create public awareness about the gap in wages between men and women.

Recently, President Obama’s administration has spearheaded employment enforcement initiatives that focus on equal pay in the workplace.  Based on the White House’s initiatives, the EEOC has proposed changes to employer reporting requirements.  Currently, employers with 100 or more employees must complete the EEO-1 form, which gathers demographic information by job category.  The EEOC proposal would require additional reporting of pay information summarizing pay data, broken down by demographics and job categories.  This new data is intended to assist the EEOC in identifying possible pay discrimination and to assist employers in promoting equal pay in the workplace.  This data will also likely assist the EEOC in enforcing the Equal Pay Act (EPA).

The EPA requires that men and women in the same workplace be given equal pay for equal work.  Though it applies to both men and women, it has almost exclusively been applied to circumstances where women are paid less than men for performing the same work.  The work performed need not be identical but must be substantially equal, determined on the basis of job content, not job title.  Job content is considered equal where the positions include the same level of skill, effort, and responsibility performed under similar working conditions at the same establishment.  These factors are summarized as follows:

In adjusting a pay discrepancy, an employer may not reduce any employee’s pay.  Rather, the lower paid employee’s pay must be increased.

Pay differences, however, are allowed based on criteria such as seniority, production levels, merit, or factors other than sex.

There are serious consequences for noncompliance with the EPA.  The EPA provides for 100 percent liquidated damages.  So damages awarded to an employee upon prevailing on an EPA claim are automatically doubled.    An individual alleging a violation of the EPA may go directly to court and file a lawsuit and is not required to file an EEOC charge beforehand.  The statute of limitations for filing an EPA charge with the EEOC or filing a lawsuit is two years of the alleged unlawful compensation practice or, in the case of a willful violation, within three years. The filing of an EEOC charge under the EPA does not extend the time period to file a lawsuit in court.

Despite the passage of the EPA in 1963, the gap in pay persists.  According to statistics provided by the White House, full-time women workers’ wages are only about 78 percent of their male counterparts’ wages.  This gap is even greater for minority women, with African-American women earning 64 percent and Latina women earning 56 percent of the wages of white non-Hispanic males.  It is clear that pay discrimination is a persisting problem that the EEOC will continue to increase its focus on.

Given this increased focus, employers should carefully examine their compensation practices.  The scrutiny on employers to provide equal pay for equal work is only likely to increase, and employers would do well to take proactive measures to identify problems in the employers’ wage practices and to ensure compliance with the EPA. 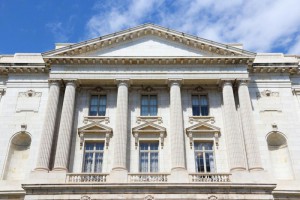