This blog has historically discussed any and all things related to Georgia non-compete law.

For this latest update on Georgia law, we take a slight detour.  Not to the Southern District of Georgia or to a county in Northwest Georgia, but all the way across the ocean to the country of Georgia, the former member of the U.S.S.R.

For some insight into non-compete law in Georgia (the country), I direct you to this article.  The article describes a case where the Court enjoined a former bank manager from working for a competitive organization for six months.  The case appears to have been a seminal decision on non-compete law there.

We will head back across the ocean to the good ol’ state of Georgia for our next post.  Stay tuned…

P.S.  Credit to my Google alert on “Georgia non-compete law” for turning up this article and illuminating us briefly on non-compete law in the Country of Georgia… 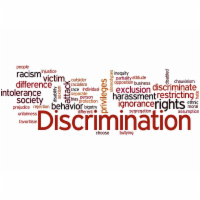