As a dual graduate of The Ohio State University and a proud Buckeye fan, I was saddened to see Ohio State head football coach Urban Meyer at the center of the latest sports controversy. Coach Meyer was placed on paid administrative leave by Ohio State as the University investigates whether Coach Meyer knew of a 2015 allegation of domestic violence against a former Ohio State assistant football coach Zach Smith. And if he knew, did he follow the proper reporting protocols? Ohio State has several human resource policies prohibiting sexual misconduct, including domestic violence. Follow these links to view Ohio State’s Workplace Violence Policy and Sexual Misconduct Policy.

As an Ohio State employee and as part of his employment contract, Coach Meyer is required by university policy to report knowledge of domestic abuse by a university employee.  At a Big Ten media day, Coach Meyer denied knowledge of a 2015 domestic violence incident involving Zach Smith.  Certain evidence has been brought to light that may contradict his representation.  Violation of the disclosure policy could result in Coach Meyer’s termination for cause.

Lessons to Learn
No doubt, this story will continue to dominate headlines, social media and the sports talk shows for the near future – and for the duration of the upcoming college football season.  The investigation is at its infancy and Ohio State has not set any time tables for its completion.  When the investigation is completed, and more facts are revealed, there will likely be many important lessons to be learned. Here are two critical lessons that employers must learn:

Domestic violence is a national problem. It does not stay at the home and find its way into the workplace.  Perpetrators often follow their victims to their place of work. Approximately 24% of workplace violence is related to personal relationships between an individual and a current or former intimate partner.  Even in the absence of physical abuse, the workplace can still be impacted.  For example, domestic violence can also enter the workplace when a victim is verbally harassed at work, is absent from work due to injuries, or is less productive. The economic impact of domestic violence in the workplace is alarming.  According to the National Coalition Against Domestic Violence:

There have been several recent scandals and instances of physical and sexual abuse in the world of sports and entertainment.  While the facts of each case may differ, they all seem to have one common thread: someone in authority had knowledge about bad behavior and did not take appropriate action to confront it and bring it to a stop. Ignoring problems is a human resource and employment law cardinal sin that exposes employers to tremendous liability.

Dealing with personnel issues is often difficult, uncomfortable and unpleasant. But it is critical that when an employer learns about a problem in the workplace, he/she confronts it, investigates the facts without bias, takes appropriate action to stop the behavior and/or correct the problem, and documents its efforts. Whatever the magnitude of the problem is, it only gets larger if it is ignored or not fully dealt with. As a Buckeye, I hope this saga has a different outcome. 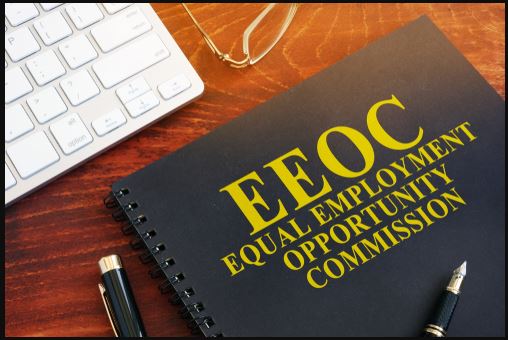 Your Company has Received an EEOC Charge – Now What?