Lessons from the Gridiron: What Employers Can Learn from Deflategate

Roger Goodell’s decision to uphold the four game suspension of Patriot quarterback Tom Brady has created a media frenzy, and for good reason.  The battle between Goodell and the NFL on one side and Tom Brady, the National Football League Players Association, and Patriots owner Robert Kraft on the other side, has been made for fascinating debate.

Beyond the central issue of whether the discipline issued was warranted, the Deflategate controversy also brings to the forefront several legal issues and concepts that employers should be aware of.

On July 28, NFL Commissioner Roger Goodell issued a final written decision upholding the four-game suspension previously imposed on New England Patriots quarterback Tom Brady over the Deflategate controversy.   The commissioner’s ruling denied Brady’s appeal of the suspension that was imposed on May 11 based on the infamous “Wells Report.”

The published final decision revealed that in addition to the Wells Report and hearing testimony and exhibits, Goodell was influenced by “significant new information that emerged in connection with the appeal”. The new information was the fact that Brady had instructed his assistant to destroy his cellphone the very day that he was interviewed by Mr. Wells and his investigative team.   Goodell found that Brady’s deliberate destruction of his cell phone “went beyond a mere failure to cooperate in the investigation and supported a finding that he had sought to hide evidence.”

[O]n June 8, 2015, shortly before the hearing and nearly four months after the investigators had first requested information from his cellphones, Mr. Brady’s counsel submitted correspondence and other materials indicating that the cellphone that Mr. Brady had used from November 6, 2014, through March 5 or 6, 2015, was unavailable because it had been destroyed, and that the text messages exchanged on the cellphone could not be retrieved.

At the hearing, Mr. Brady testified that it is his practice to destroy (or give to his assistant to destroy) his cellphone and SIM cards when he gets a new cellphone. Mr. Brady also testified that, based on his typical practice, he would have asked to have the existing cellphone destroyed at or about the same time that he began using his new cellphone.  According to records provided by Mr. Brady, he began using a new cellphone – and based on what Mr. Brady and his counsel described as his ordinary practice, gave his old cellphone to his assistant to be destroyed – on or about March 6, 2015, the very day that he met with Mr. Wells and his team to be questioned about the tampering allegations.”

The determination concluded by stating that Brady engaged in conduct detrimental to the integrity of, and public confidence in, the game of professional football. Accordingly, the four game suspension was confirmed.

On July 28, shortly after the commissioner published his decision, the NFL Management Council (the bargaining representative of the NFL clubs), filed a lawsuit in a New York federal court against the National Football League Players Association (“NFLPA”).  The lawsuit seeks a court order to confirm and enforce the commissioner’s decision pursuant to federal labor law.

On July 29, the NFLPA responded in kind by filing a Petition to Vacate Arbitration Award with a federal district court in Minnesota.  The NFLPA sought to have the suspension removed on the grounds that Brady had no notice of the disciplinary standards or disciplinary policies that would be applied to him or notice of the potential penalties.   It is no coincidence that the NFLPA filed suit in Minnesota. This same court previously vacated the Adrian Peterson suspension, a fact that the NFLPA mentioned more than once in its Petition.

On July 30, 2015, Judge Richard M Berman issued an Order directing that “While this litigation is ongoing, it is appropriate (and helpful) for all counsel and all parties in this case to tone down their rhetoric.”  The Order also directed the parties to “forthwith actively to begin to pursue a mutually acceptable resolution of this case.”

The Order also stated that the Court “is fully prepared to devote the time and attention necessary to help the parties resolve this case via litigation and/or by mutual consent.” Clearly, the court sent a message to the parties that they should make an effort to resolve the dispute on their own, but that if they don’t, his courtroom will not be used as a media circus.

Forum Shopping.  In this case, the NFL filed suit in the federal court in New York and the NFLPA filed suit in Minnesota.  Both parties filed lawsuits in forums that they believed would be favorable to their claims.  This is not an unusual strategic move and is commonly referred to as “forum shopping.”  When possible, parties file lawsuits in jurisdictions that they believe will give them an advantage.  Factors typically considered in choosing a forum are whether the law in one state is more favorable than the law in another state; whether a court has issued prior favorable rulings on the issue in dispute; whether a jury in a certain geography is perceived as more favorable to the party; and convenience to the party to litigate in a certain location.

Employer Tip:  Parties can agree contractually as to what state law applies to an agreement and also where a dispute can be litigated.  It is prudent for employers to specify the law and venue that will govern a dispute in employment agreements and other contracts.  For example, a Georgia based company might desire to have an employment agreement be governed by Georgia law and require that any disputes be litigated in the Superior Court of the county in Georgia where the company is based.

First Filed Rule.  Where, as in the Brady controversy, two parties file federal lawsuits in different courts involving the same parties and involving similar legal issues, thefederal courts have to decide the priority of the two lawsuits.   To resolve this problem, the courts often apply the first-to-file rule.  Although not a codified rule, the first to file rule generally will result in the second court deferring to court where the first action was filed when the parties and legal issues to be decided are similar.

Employer Tip:  When potential litigation arises, Employers should consider whether to quickly initiate a lawsuit in a particular jurisdiction to avoid being a defendant in a less desirable forum.

Use of Forensics. The NFL’s use of forensic inspection played a large role in its investigation.   Brady’s deliberate destruction of his cell phone and the impact that had on Goodell’s decision to uphold his suspension also illustrates the importance of forensics in litigation.  With the advent of technology significantly larger amounts of information is being stored in electronic form.  As a result, companies in varying industries have been using forensic inspection with increasing frequency as part of internal investigations and in litigation.  Forensic inspection is especially common in litigation involving allegations of unfair competition and misappropriation of trade secrets.  In fact, a trade secret investigation often starts with a review of the departing employee’s computer and/or mobile device.

Employer Tip:  Implement policies that permit the employer to forensically inspect its own equipment and any equipment its employees use for purposes of completing their work duties, as well as policies for employee use of equipment (for example, policies outlining acceptable use of employer equipment, data retention, and the procedures for new and departing employees).  Understand how electronic information is maintained and work together with your IT department to establish set procedures for handling equipment used by employees to ensure the equipment is properly handled during forensic inspection; and develop a relationship with a Forensic Expert.

Spoliation of Evidence.   Brady’s deliberate destruction of his cellphone may prove to be his most difficult challenge in vacating the suspension. There are rules regarding how information is to be preserved in civil disputes.  One issue that may arise on his appeal is whether he had an obligation to preserve his cell phone.  The duty to preserve potentially relevant evidence clearly arises when a lawsuit is filed, but may also be triggered before a lawsuit begins if it is reasonably foreseeable that a lawsuit will be filed.  Spoliation of evidence is the intentional destruction of evidence for the purpose of depriving opposing parties of its use. Many courts, such as Georgia courts, have the authority to impose significant sanctions to remedy the prejudice from the spoliation of evidence.  Courts can also draw adverse inferences against the party that destroys evidence.

Employer Tip:To avoid spoliation problems, companies should take adequate steps to preserve information, especially electronically stored data, when it becomes apparent that a legal dispute may ensue.  This may require suspending normal record retention and destruction programs and policies. Companies should also consult with legal counsel anytime it receives a demand letter, lawsuit or threat of a lawsuit to discuss preservation obligations.

Investigations should be Unbiased. It is inevitable that an employer will be required to investigate a workplace complaint or incident of misconduct.  It is critical that when employers conduct workplace investigations they do so correctly.  As in the NFL lawsuit with Brady, the investigation itself can be the focus of scrutiny and can impact the outcome of as case. While not every investigation requires as formal and extensive approach as the Wells investigation, each investigation should be conducted thoughtfully, seriously and expeditiously.  In fact, the U.S. Supreme Court has held that employers have a legal obligation to take appropriate measures to stop any sexual harassment from occurring in the workplace. Conducting a prompt and thorough investigation in response to a harassment complaint is, therefore, essential and can help establish an affirmative defense to a harassment claim.

Employer Tip:   Employers should conduct investigations seriously and ensure that they are conducted by qualified individuals.  Some situations warrant retaining an independent investigator to avoid any appearance of bias.

Judges Influence Outcomes.  Judge Berman’s Order directing the NFL and the NFLPA and their counsel to “tone down their rhetoric” and actively pursue settlement discussions clearly let the parties know that the court wants the parties to settle the case out of court.  The Order also let the parties know that pursuing the case in court may not result in a favorable outcome for either party. Judges have tremendous discretion and authority to determine the outcome of a case, even before they render a final decision.  Employers sometimes underestimate the role a judge plays when planning a case strategy.  Here, Judge Berman has been fairly blunt that he is not impressed with either side’s attempts to try their cases in the court of public opinion.

Employer Tip: Work with your chosen counsel to learn about the court process and the judge assigned to a lawsuit.  Listen carefully to any comments the judge may make in court or in orders that convey an opinion about the dispute or the position of a party.

So far the events leading up to the Brady suspension and the legal aftermath following the suspension have been interesting.  Like most sports stories, there are many lessons to be learned from the Deflategate controversy that transcend the world of sport and may be applied to an employer’s business and operations.  This particular controversy shows the complexity and unpredictability of litigation as well as the number and types of legal issues that can quickly arise when a lawsuit is initiated.  Moreover, it shows the degree of scrutiny applied to the parties’ conduct leading up to the lawsuit.  Finally, as Judge Berman’s Order indicates, litigation should not be pursued lightly. 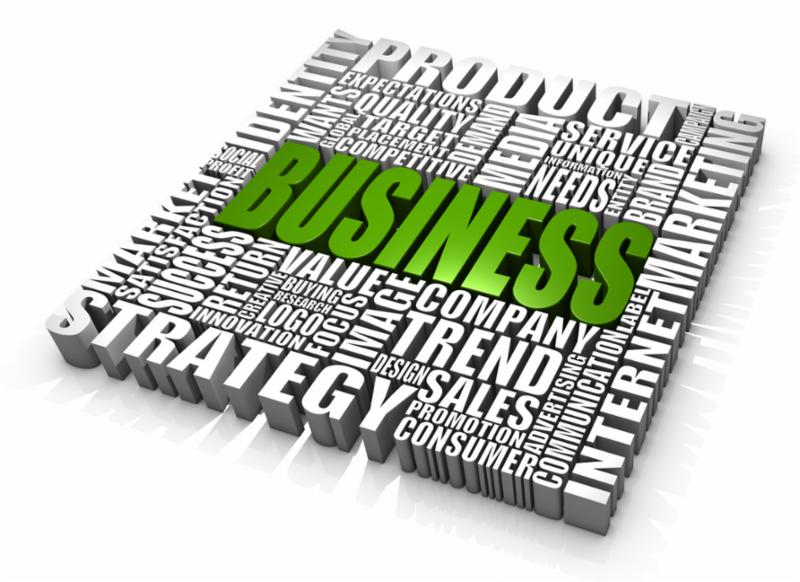 Blurred Lines: When Business Owners and Employees Are The Same People