Former Penn State University President Graham Spanier was found guilty over his handling of child sexual abuse allegations against former Penn State Assistant football coach, Jerry Sandusky. As employers and community members, there are many important lessons to be learned from this scandal.

According to a NBC news report, the trial evidence against Spanier included notes and email exchanges in which Spanier, along with a former university athletic director and a former vice president, debated what to do after receiving a report from Mike McQueery, a graduate coaching assistant. McQueery reported seeing Sandusky sexually molesting a boy in the team shower in 2001. Spanier did not report the allegation to the police or inform the Department of Public Welfare.  The most important lesson from this story is that protecting the welfare of children over institutional reputation is paramount.

From a human resources perspective, there is another important lesson for employers to grasp: Confront problems and deal with them. Do not ignore them and hope they go away.

When an employer is put on notice of alleged misconduct, especially discriminatory or harassing behavior, it is imperative that the employer promptly and thoroughly investigate the matter and take corrective action where appropriate. Too often, employers make an improper cost-benefit analysis when faced with allegations of misconduct. This is especially true when claims of harassment are asserted against a highly-valued employee.

While it may be tempting to ignore misconduct for fear of costs to the company, in reality, the cost of allowing bad conduct to continue is far higher than the cost of losing a revenue generator. These costs can include low employee morale, absenteeism, turnover, loss of production and legal liability. In cases where juries award massive punitive damages, the employer likely had an opportunity to resolve the problem when it began, but looked the other way.

Child sexual abuse is a complex and horrific problem. The statistics are alarming:

Attorneys at Berman Fink Van Horn recently participated in Stewards of Children Training, conducted by The Georgia Center for Child Advocacy.  The training was informative, impactful and practical for any environment. For instance, there are several components of child sexual abuse prevention and responsibility that may apply to your business, including:

As always, please let me know if you’d like to discuss protocols and policies that you can address in your workplace. In addition, you can visit the following:
Stewards of Children Training www.d2l.org/education/

The Centers for Disease Control https://www.cdc.gov/violenceprevention/pdf/preventingchildsexualabuse-a.pdf 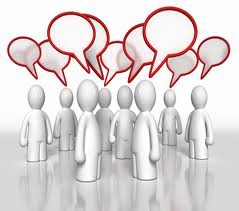