In August, the U.S. Patent and Trademark Office invited the public to help brainstorm, design and create symbols for various intellectual property rights.  The apparent goal was to come up with symbols that would be as recognized as © and ® for other types of intellectual property.  According to Russell Slifer, the deputy undersecretary of commerce for intellectual property and the deputy director of the Patent and Trademark Office, “icons are used to quickly convey concepts and topics to people from a broad range of backgrounds, helping overcome language and cultural communication barriers.”  Slifer further explained that “initially we envision the icons are going to be used on our website and other creative ways to make the concepts of intellectual property more readily understood by everyone, everywhere.”

As a result of this project, a symbol for trade secrets has been developed (see below).

For those who practice regularly in the trade secrets arena, this is yet another step toward validating trade secret status as equivalent in stature to patent, trademark and copyright protection.  Trade secret owners may want to consider including this symbol on documents and other media containing trade secrets. 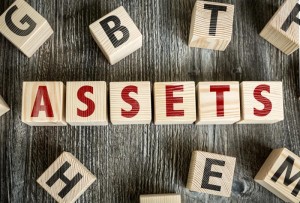