Venue Matters: Can A Non-Compete Be Governed by Two States’ Laws at the Same Time?

A recent case out of the United States District Court for the Northern District of Alabama demonstrates just how important venue – or, where a case is filed – can be in deciding the outcome of a case – particularly, a non-compete case.

In DJR Associates, LLC v. Hammonds, 2:16-CV-1729-TMP, 2017 WL 958148 (N.D. Ala. Mar. 13, 2017), the Alabama District Court was tasked with reviewing the enforceability of a non-compete agreement that also contained a non-solicitation clause and a confidentiality provision. Plaintiff DJR Associates, the former employer, was based out of Alabama. However, the defendant former employee, Hammonds, lived and worked for DJR out of its Atlanta, Georgia office. Hammonds had executed the non-compete agreement in Georgia, where he performed substantially all of his work for DJR. However, several years after executing the agreement, Hammonds left DJR and started a competitive business using confidential information he had acquired as an employee of DJR.

DJR moved for a preliminary injunction to enforce the non-compete against Hammonds during the pendency of the case, seeking to prevent him from using its confidential information or soliciting its customers. In its choice of law analysis, the Court initially determined that Georgia law should apply to the non-compete and non-solicit provisions of the agreement, while Alabama law should apply to the confidentiality provision. And because the non-compete and non-solicit provisions were overbroad under Georgia law, they were unenforceable in Georgia.

But the Court did not end its analysis there. Although the Court found that “there can be no question that, under Georgia law, [the non-compete] is void and unenforceable,” the Court nonetheless applied Alabama non-compete law to the agreement under a new Alabama statute. According to the Court, the new statute provides that Alabama non-compete laws prevail over competing states’ laws when those laws are contrary to Alabama public policy on non-competition.

Ultimately, the Court concluded that, “to the extent [the customers at issue] are in Alabama, the non-compete agreement provides relief, on which [the Plaintiff] has a likelihood of success.” The Court granted the injunction, but tailored it to enjoin the defendants from engaging in any business with current DJR customers within Alabama, and further enjoined the defendants from using any confidential information from DJR anywhere, including Alabama and Georgia. Finally, the defendants were enjoined from recruiting DJR employees anywhere outside Georgia.

The Court took a unique approach to this case. At first, it appeared to recognize the application of Georgia law and public policy to the covenants in the agreement, given the location of the defendant and his business related operations in Georgia. However, it ultimately fell back on a new Alabama statute, which purports to require the application of Alabama non-compete law whenever it conflicts with another states’ law.  The Court’s finding that one state’s law applies to certain activities with customers in that state, whereas another state’s law applies to activities within that state, is particularly unusual.

Had this case been initiated in a Georgia court, the overbreadth of the restrictive covenants would have been fatal to the injunction, as the Georgia court would have almost certainly applied Georgia law to all of Hammonds’ post-employment competitive activities. But because the case was in an Alabama court, the Court found that Alabama’s public policy favoring non-competes overrode the application of Georgia law, even where it was called for otherwise. Although the outcome in this case is peculiar and may be an anomaly, this case still serves as a great reminder that a parties’ choice of venue can have a significant impact on the outcome of a case. 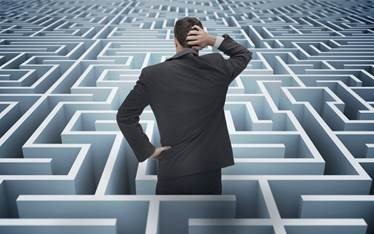 The Derivative Claim: A Shareholder’s Indirect Path to Justice