The Eleventh Circuit recently held that a bus operator’s request for a nine-week leave of absence to recover from surgery would cause an undue hardship.  As such, the bus operator could not establish a claim of discrimination under the American’s with Disabilities Act (“ADA”).

Factual Background
James Davis worked as a bus operator for Columbus’s public transportation service from 2004 to December 2015. The job description for a bus operator showed that the position required, among other things, frequent bending, squatting, climbing, lifting of up to 25 pounds, and pushing occupied standard wheelchairs.

In late 2015, Davis began missing work due to neck pain related to spinal stenosis. After Davis exhausted his regular leave and leave under the Family and Medical Leave Act (“FMLA”), his doctor advised that he needed cervical spine surgery in December 2015, making him unable to work.  His doctor provided a certification stating that Davis could not safely operate a bus or “push, pull, lift, carry, reach,” or engage in “overhead activities,” though he could work in a “clerical position/light duty” until his surgery date, and that he would require an additional six weeks off after the surgery to recover.

Davis wrote to Columbus and requested light duty and an additional nine-week unpaid leave of absence after the expiration of his FMLA leave so that he could undergo and recover from surgery. Columbus denied Davis’s requests, explaining that clerical light duty work was not available for bus operators, and that an extension of his leave of absence would “create an undue hardship” on the transportation department and “limit its ability to provide service to citizens.” Columbus terminated Davis’s employment in December 2015 but encouraged him to apply for vacant positions with the city once his doctor cleared him to return to full duty.

What Constitutes an Undue Hardship
Davis filed a complaint against Columbus asserting that it had discriminated against him by refusing to provide him with a reasonable accommodation for his disability, in violation of the ADA.  Columbus moved for summary judgment, arguing that Davis could not establish a prima facie case of discrimination under the ADA because his accommodation request was unreasonable, and that, in any event, his requested nine-week leave of absence would have caused an undue hardship for the city. The trial court ruled in favor of the City and Davis appealed.

On Appeal, the Eleventh Circuit Court of Appeals held that the City of Columbus met its burden of showing that Davis’s requested nine-week leave of absence would cause an undue hardship. Specifically, it found that the requested leave would cause “significant difficulty or expense” to accommodate the employee, given the undisputed evidence regarding the following:

Significance of Undue Hardship Ruling
One of the most challenging situations many employers and employees are facing is extended absence from work due to conditions that create an increased risk of severe illness from the virus.  The CDC recently updated its list of such underlying conditions that impact adults of all ages to include the following:

Employees with these underlying conditions and others may be unable to safely return to work until a vaccine is available.  At some point, even the most supportive employer may be compelled to make a difficult decision to terminate the employee’s employment because of the hardship the employee’s absence causes.

Even though the Davis case did not address an employee’s absence due to COVID, it is instructive on how a Court may analyze extended absences caused by COVID and/or absences due to underlying conditions.

Employers should keep in mind, however, that a court always analyzes ADA claims on an individual or case by case basis.  Undue hardship can be difficult to establish and is typically not the defense an employer wants to rely upon.  Before terminating an employee, an employer should engage in an interactive process with the employee and explore whether a reasonable accommodation exists that would allow the employee to perform the essential functions of the job such as physical modifications to the workplace,  changes to the work schedule, remote work, leave of absence and reassignment. 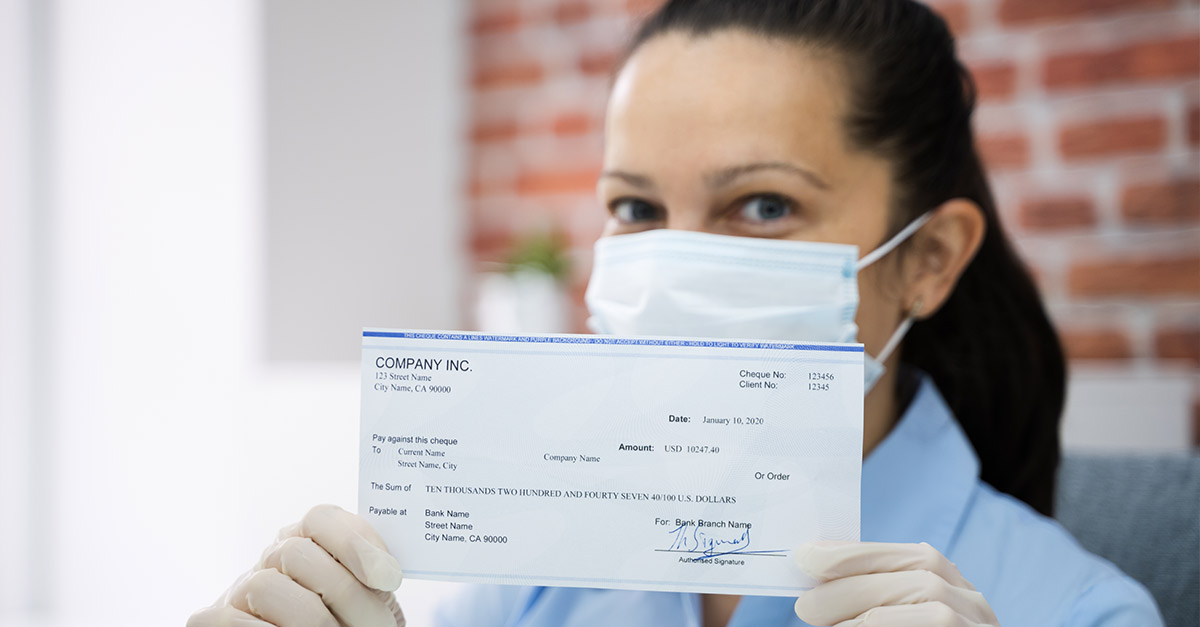 Selling Your Business With A PPP Loan