Most of us are all too familiar with the answer to seemingly every legal question: it depends. Perhaps no field of law embraces this adage quite as much as restrictive covenants, particularly non-compete and customer non-solicitation agreements.

Cases involving breach of a restrictive covenant are typically highly fact specific.  The same is true for claims of misappropriation of trade secrets, which are often filed with claims for violation of a non-compete. As social media use continues to grow, the need to understand the features of these sites and how they affect compliance with restrictive covenants becomes increasingly important.

A Connecticut state court weighed in on solicitation and social media in BTS, USA, Inc. v. Executive Perspectives, LLC, 2014 WL 6804545. In that case, an employee posted his new job on LinkedIn. The site auto-generated a notification inviting his contacts to check out the new job on his profile. Some of the employee’s LinkedIn contacts were clients from his previous employer.  The employer sued, claiming he had solicited the clients in violation of a non-solicitation covenant.  The court held the employee had not engaged in impermissible solicitation because (a) there was no evidence as to how many people saw the notification, (b) only those whose LinkedIn settings allowed for notifications even had the potential to see it, and (c) these notifications are a common LinkedIn feature. Also, since the previous employer had no social media policies in place, the court declined to enforce the covenant against the employee for simply using LinkedIn in this manner. Since social media is so widely used, the court noted that any restriction on use needed to be explicit to be enforced against the employee.

Similarly, in Arthur J. Gallagher & Co. v. Anthony, 2016 WL 4523104, a federal district court in Ohio considered a press release posted on LinkedIn and Twitter by the employee’s new employer.  The press release was not posted on the employee’s own social media pages. While the former employee informed clients that he was leaving his job at Gallagher, he did not tell them what company he would be working for. Thus, the court found no violation of a non-solicitation agreement.

A more active form of communication was considered in the United States Court of Appeals for the Third Circuit in Coface Collections North America, Inc. v. Newton, 430 Fed. Appx. 162. Though the restrictive covenant at issue made no mention of social media, the employee’s posts to LinkedIn and Facebook were found to have possibly constituted solicitation because not only did he post his new job title, but he advertised when his non-compete agreement ended and encouraged qualified professionals—including old co-workers and clients—to contact him or another previous Coface employee for a job with the new company.

The law in this area is far from settled, but courts can be expected to look at the level of targeted activity and place it on a spectrum to determine what may be a solicitation and what is not in the age of social media. Generally, the courts have held that an employee merely updating his profile may not constitute a solicitation. Similarly, a new employer may be able to utilize social media to inform its followers about its employment of a new employee with the company. However, when a social media user manipulates the features of the site to reach targeted populations or contact specific people associated with the previous employer, a violation of a non-solicitation covenant may occur. Still, courts may be reluctant to enforce non-solicitation agreements that do not specifically address restrictions on social media use. Therefore, inclusion of specific reference to such activities may be advisable.

Now is the time for employers to review and possibly update their non-solicitation covenants in light of today’s social media usage. 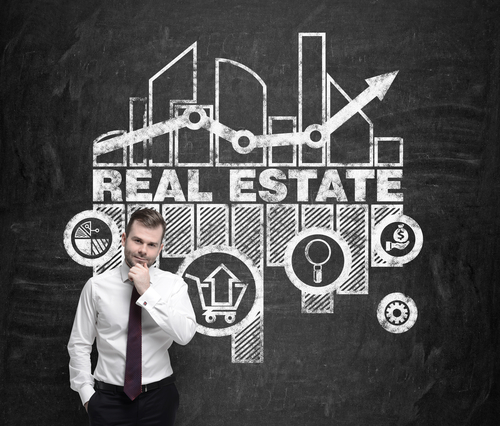 A Dime A Dozen: LLCs and Commercial Real Estate