One of the Oxblue officers named as an individual defendant was Richard Herman. Mr. Herman was formerly employed by Earthcam. He and Earthcam had executed a general mutual release and covenant not to sue. Despite this release, Earthcam named Mr. Herman as a defendant in the lawsuit.

The Court considered whether Earthcam has a colorable argument that the release is void. The Court noted that Earthcam alleged it was fraudulently induced to enter into the release. After he terminated his employment, Mr. Herman sought payment of approximately $1,000 in unpaid expenses. Mr. Herman was advised that he had to return all of Earthcam’s tools and materials. He was also reminded that he was bound by a non-compete agreement. In response, Mr. Herman represented that he did not have any Earthcam tools. He also stated that he “respect[s] the non-compete agreement.” Earthcam alleged that his representations that he did not have Earthcam’s tools and materials and that he was in compliance with the non-compete agreement were knowingly false. Earthcam further alleged that Mr. Herman had wrongfully taken one of Earthcam’s cameras, and was using Earthcam’s confidential and trade secret information to try to obtain employment with Oxblue in violation of his agreement. While engaging in this alleged conduct, he rejected the initial form of Earthcam’s proposed release and insisted on a new version. Based on his misrepresentations, Earthcam drafted and signed the release which Mr. Herman is seeking to enforce. Earthcam alleged that it would not have had entered into the release but for his misrepresentations.

The Court found that Earthcam’s allegations were sufficient, albeit barely, to provide a colorable basis for Earthcam’s claim that it was fraudulently induced to sign the release. The Court therefore denied Mr. Herman’s Rule 11 motion. 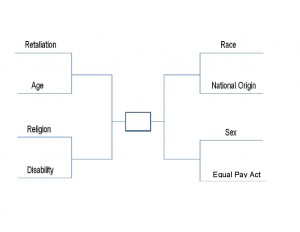