Northern District Weighs in on Circuit Split: Gives Broad Meaning to “Loss” in the Computer Fraud and Abuse Act

In Southern Parts & Engineering Co. v. Air Compressor Services, two former employees of Southern left their employment and founded Air Compressor Services.  No. 1:13-CV-2231-TWT, 2014 WL 667958, at *1 (N.D. Ga. Feb. 20, 2014).  Both companies specialize in the sale of air compressor parts and lubricants.  Id.  After the employees resigned, Southern hired forensic computer experts to investigate the computer activity of the two employees in the weeks leading up their resignations.  Id.  The investigation revealed that the two employees had (1) accessed Southern’s databases containing customer information, financial information, and business plans; (2) copied confidential information and trade secrets onto USB drives; (3) used Southern’s computers to perform research for Air Compressor and its website; and (4) used Southern’s resources to contact a marketing firm for Air Compressor.  Id.  The investigation also showed that the employees had remotely accessed Southern’s network after they resigned to collect more confidential information.  Id.

With respect to the CFAA claim, the defendants argued that Southern failed to allege a “loss” aggregating to at least $5,000 in value, as the CFAA requires.  Id. at *5.  Specifically, Southern had alleged that it had to hire computer forensic experts to determine the nature of the employees’ unauthorized access, and that this cost alone was at least $5,000.  Id.  The defendants argued that because these costs were not a consequence of an “interruption of service,” they did not constitute a “loss” under the CFAA.  Id.

As the Court explained, the CFAA defines “loss” as “any reasonable cost to any victim, including the cost of responding to an offense, conducting a damage assessment, and restoring the data, program, system, or information to its condition prior to the offense, and any revenue lost, cost incurred, or other consequential damages incurred because of interruption of service.”  Id. (emphasis added) (quoting 18 U.S.C. § 1030(e)(11)).

Relying on the rules of statutory construction, the Court stated that if the “interruption of service” language applied to all of the listed items, the first half of the definition of “loss” definition would be surplusage, as the first half of the definition would be “entirely subsumed by the broader wording of the second half.”  Id.  On the other hand, the Court reasoned, applying the “interruption of service” language only to the second half of the definition “give[s] effect to both halves.  The latter half refers to general costs incurred because of interruptions in service, and the former refers to certain specific costs that are not necessarily based upon interruptions in service.”  Id.  The Court also bolstered this reasoning by drawing upon legislative history.  Id. at *6.  Consequently, the Court found that Southern had adequately alleged a loss amounting to at least $5,000 and denied the defendants’ motion to dismiss the CFAA claim.

Many defendants try to get CFAA claims dismissed at an early stage on various grounds.  This decision suggests judges in the Northern District of Georgia may refuse to dismiss a CFAA claim just because the alleged “loss” is not tied directly to an interruption of service. 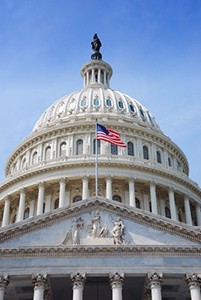