In a recent decision, Judge Thomas W. Thrash, Jr. of the United States District Court for the Northern District of Georgia held in a case of first impression that Georgia’s “new” restrictive covenant statute only allows judges to blue-pencil overbroad restrictive covenants, rather than engaging in judicial modification.

In LifeBrite Laboratories, LLC v. Nina H. Cooksey, 1:15-CV-4309-TWT (12/9/16), Judge Thrash held that the question presented to him in that case “is whether ‘modify’ means that courts may only excise offending language, or whether courts are empowered to actually reform and rewrite the contract.  Clearly, the former is permitted under the statute, but the latter is an issue of first impression in Georgia.”  Judge Thrash went on to find that the statute is “of little help” and “provides little guidance on whether the courts have the ability to insert language.”

Citing Hamrick v. Kelly, a pre-2011 sale of business case in which the Georgia Supreme Court held “[t]he ‘blue pencil’ marks, but it does not write,” Judge Thrash held that “[n]othing in the statute makes it clear that the legislature meant to change Georgia’s common law approach to blue penciling other than to allow it in more circumstances.”  He further held that “[e]mployers are sophisticated entities. They have the ability to research the law in order to write enforceable contracts; courts should not have to remake their contracts in order to correct their mistakes.” Therefore, he held the term “modify” in O.C.G.A. § 13-8-56(d) means the blue-pencil approach the Georgia Supreme Court took in Hamrick.  Judge Thrash explained his holding as follows: “[t]hough courts may strike unreasonable restrictions, and may narrow overbroad territorial designations, courts may not completely reform and rewrite contracts by supplying new material terms from whole cloth.”

While Judge Thrash’s holding is certainly understandable, it is difficult to say whether the appellate courts in Georgia will agree with his approach. Nearly six years since the statute was enacted, we still do not have any decisions of any substance from the Georgia appellate courts regarding the statute. Only time will tell whether they agree with Judge Thrash’s approach. 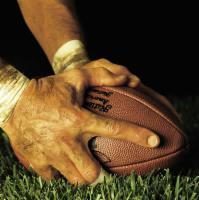