Be Careful What You Ask For

Ervin v. Turner, 291 Ga. App. 719 (2008).  In this case, a group of investors came together and formed a limited liability company, Local MG, LLC (the “LLC”) for the purpose of raising sufficient funds to operate a bank to be known as the Local Bank of Middle Georgia (the “Bank”).  Each investor signed the LLC’s Organizer Contribution Agreement, contributed capital, and received a membership interest in the LLC commensurate with the level of their capital participation.  The LLC hired Turner to serve as the bank’s president.  Importantly, each of the investors personally guaranteed Turner’s salary.

Even before sufficient funds to open a bank were raised, disputes between and among the investors over which of them would serve as officers and directors with the bank.  When their efforts to sell their membership interests to other investors failed, the initial investors ceased efforts to raise additional capital for the bank.  One faction of the investors then filed suit seeking a judicial dissolution of the LLC, an accounting of the LLC’s finances, and a declaratory judgment defining the rights and obligations of the parties under their Organizer Contribution Agreement.  Turner moved to intervene in the lawsuit and asserted claims against each of the investors and the LLC for his unpaid salary.

After a bench trial, the trial court awarded Turner $92,417 and determined the amounts the LLC’s investors either owed or were entitled to be reimbursed under the Contribution Agreement.

The trial court determined that the investors collectively had previously contributed $418,346 to the bank organization venture.  The trial court further concluded that the investors, as guarantors of Turner’s employment contract, owed Turner $92,417, which amount constituted $72,656 in remaining salary, $10,990 to account for tax and social security obligations in connection with the salary, and $8,771 in attorney fees. The trial court then calculated that, pursuant to the Contribution Agreement, each individual plaintiff’s and defendant’s pro rata share of the $510,763 total contribution expenses was $46,433. By comparing this pro rata share to each party’s previous contributions, the trial court calculated the amounts either owed to or owed by each plaintiff and defendant.  Those persons who owed money were ordered to pay the amounts into the superior court registry, with disbursements to be made first to Turner and his counsel and then to Ervin and Fambro, who were the only persons who had contributed more than their pro rata share.  The trial court also granted the petition for dissolution of the LLC.

Some of the investors appealed, dissatisfied with the trial court’s apportionment of the of the assets and liabilities of the LLC on various grounds.  The Court of Appeals rejected these arguments out of hand and affirmed the trial court’s determination in full. 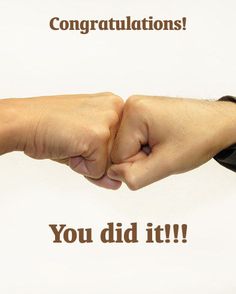 When is a Deal a Deal?