How Do you Prove a Wrongful Termination Claim?

Do I have a wrongful termination claim? This is often the first question an employee asks when they lose a job. This is especially true if the employee feels blindsided or otherwise treated unfairly.

Generally, wrongful termination claims are based on either: (1) an alleged breach of an employment contract; or (2) alleged discrimination under various federal or state laws, which  prohibit terminations based on numerous categories such as age, race, sex, gender, gender identity or expression, sexual orientation, disability and national origin to name few.

Legal Cases Illustrate Wrongful Termination Claims
Whether a party can establish a wrongful termination claim under either of these theories may ultimately depend on whether the employee can show that he/she was treated less favorably than a similarly situated employee or “comparator.”

Some recent legal cases illustrate the relevance of such “comparator evidence” in wrongful termination claims and how the courts determine who qualifies as a comparator.

Comparator Evidence in Breach of Contract Context
The University of Kansas athletics department was recently ordered to produce information to a former football coach suing the University for breach of an employment contract.

David Beaty, a former University of Kansas football coach, filed a complaint against the University alleging that the school fabricated a reason for terminating his employment for cause to avoid paying him a $3M severance. Although Beaty was initially told his employment was being terminated without cause, the University changed course and refused to pay the severance after it discovered the football program was under NCCA investigation over the conduct of a football staff member.

To show that the University willfully breached his contract, Beaty propounded discovery to the University directed at eliciting information about other NCAA violations by head coaches and the resulting treatment of the coaches. Beaty claims that no other head coaches had their pay suspended or were fired despite the presence of NCAA violations, including the basketball coach who is the focus of a federal corruption probe. The University objected to producing this comparator evidence, forcing the court to resolve the discovery dispute.

Th court granted Beaty’s request for the comparator information and the University was compelled to produce, among other things, the University’s actions and employment decisions related to the  basketball scandal and federal corruption probe that featured references to multiple Kansas basketball coaches who are still employed by the University.  In reaching its decision, the Court reasoned:
“Given the claims and defenses in this case, it is not far-fetched to believe a reasonable jury might find Beaty’s conduct did not constitute a true default of his employment contract because defendant did not consider similar actions by other coaches a default.”

Comparator Evidence in Discrimination Context: Who is Similarly Situated?
Generally, a plaintiff can prove discrimination based on either direct or circumstantial evidence.  To assess a discrimination claim based only on circumstantial evidence, a plaintiff must establish a prima facie case of discrimination by proving four elements: (1) that she belongs to a protected class; (2) that she was subjected to an adverse employment action; (3) that she was qualified to perform the job in question; and (4) that the employer treated “similarly situated” employees outside her class more favorably.  See Lewis v. City of Union City, Ga., 918 F.3d 1213, 1220-21 (11th Cir. 2019). Thus, identifying comparators who are similarly situated is critical to establishing a discrimination claim.

In Lewis, an African American female detective who was fired because her health condition prevented her from undergoing required pepper spray testing, claimed her termination was discriminatorily based on her race, gender and disability.  To support her discrimination claims, she identified two white male police officers (comparators) who also failed fitness for duty tests but were afforded more opportunities to correct their failures and obtain alternative employment with the city.

In evaluating her comparator evidence, the Eleventh Circuit explained that “similarly situated” means “similarly situated in all material aspects.”  According to the Court, precisely what sort of similarity the standard entails will be worked out on a case-by-case basis, in the context of individual circumstances.  The court did provide some guideposts.  Ordinarily, a similarly situated comparator:

The Eleventh Circuit further clarified that “all material respects” will turn not on formal labels, but rather a substantive likeness. A plaintiff and her comparators must be sufficiently similar, in an objective sense, that they “cannot reasonably be distinguished.”

Applying this standard, the Eleventh Circuit held that Lewis did not make a prima facie case showing she was similarly situated to the two proffered comparators. Namely, her comparators were placed on leave years apart from Lewis, and pursuant to altogether different personnel policies and for different conditions. These differences were enough for the Court to conclude that the officers were not similarly situated to Lewis.

Practical Tips for Employees and Employers
Against this backdrop, employees and employers should not overlook the importance of comparator evidence. Employees, for example, should understand that perceived differences in treatment among co-workers may not be enough to support a wrongful termination claim. At least in the Eleventh Circuit (which covers Georgia, Alabama and Florida), employees must be able to present specific evidence showing that a comparator is similarly situated in all material respects, such as violation of the same policies and under the same supervision.  Employers should also consider comparator evidence in making termination decisions.  Specifically, employers should always examine how it has handled similar situations before issuing discipline, especially a termination of employment.  Inconsistent enforcement of policies may form the basis for a wrongful termination claim. 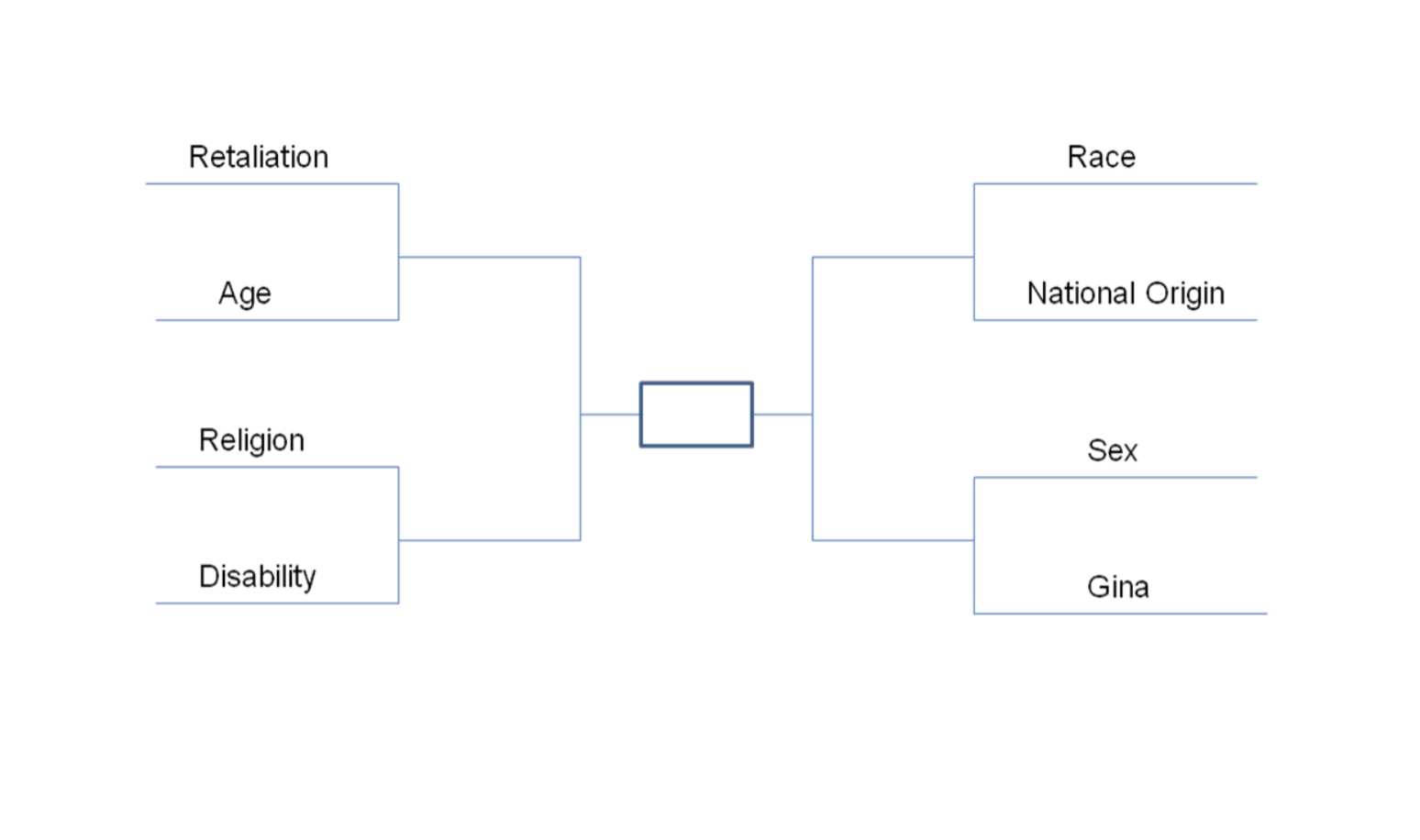