Although Georgia’s Restrictive Covenant Act (RCA) has been in effect for almost 11 years, there are still only a handful decisions from Georgia’s appellate courts interpreting the RCA. However, this week the Georgia Court of Appeals issued a new noncompete decision in American Plumbing Professionals, Inc. v. ServeStar, LLC, 2022 WL 628664 (March 4, 2022).

This decision squarely addresses what is a valid geographic limitation for a noncompete under Georgia’s Restrictive Covenant Act.  American Plumbing thus provides helpful guidance for both noncompete litigators as well as corporate lawyers who draft restrictive covenant agreements for companies with employees in Georgia.

The geographic restriction in the noncompetes was the territory where the employees provided services on behalf of American Plumbing during the last twelve months of their employment.  The agreement also included an acknowledgement by the employees that in light of the company-wide nature of the confidential information and business relationships developed and maintained by the employees, the territory where the employees provided services extended throughout those parts of the United States where American Plumbing transacts business.

The trial court granted summary judgment to ServeStar on the tortious interference claim based on its finding that the vague and defective territory in the noncompetes rendered them unenforceable.

Geographic Restriction Complies with Georgia’s Restrictive Covenant Act
In making its decision, the trial court relied heavily on a 1981 decision, Koger Properties v. Adams-Cates Co., in which the Georgia Supreme Court held that a territorial restriction which cannot be determined until the employee’s termination is too indefinite to be enforced.

The Court noted that the RCA expressly states in O.C.G.A. section 13-8-53(c)(2) that a description of a geographic restriction using the phrase ‘the territory where the employee is working at the time of termination’ or similar language is sufficient if the person or entity bound by the restraint can reasonably determinate the maximum reasonable scope of the restraint at the time of termination.

In other words, under the RCA, a geographic restriction can be enforced even if the employee cannot determine its maximum reasonable scope until the end of his or her employment.

ServeStar also argued that the geographic restriction is vague because the “territory” where the employees provided services was not specific enough. ServeStar argued “territory” could mean a neighborhood, a city, a county, a state, or a region, and was thus unreasonably ambiguous.

The Court of Appeals rejected this argument.  Instead, it found that the geographic restriction in the noncompetes complied with the language that is specifically sanctioned by the RCA and thus gave the employees’ fair notice of the maximum reasonable scope of their restraints.

But the Georgia Court of Appeals continues to make clear, as it did in Kennedy v. Shave Barber, that trial courts should follow the parameters in Georgia’s Restrictive Covenant Act when determining whether noncompetes are valid and enforceable.

Of course, the Georgia Court of Appeals is not giving trial courts carte blanche to enforce all noncompetes, as it has found in multiple instances that covenants governed by the RCA are invalid and cannot be enforced (Carle v. CarpetCare and Blair v. Pantera Enterprises Inc.).

Even in American Plumbing, the Court of Appeals deliberately did not reach the question of whether the territory in the noncompete was reasonable. Rather, it simply concluded that the language used was valid under Georgia’s Restrictive Covenant Act and thus did not render the covenant facially void.

If your company has questions regarding the post-employment noncompete agreements it is using and whether they are valid under Georgia’s Restrictive Covenant Act, please feel free to contact me. 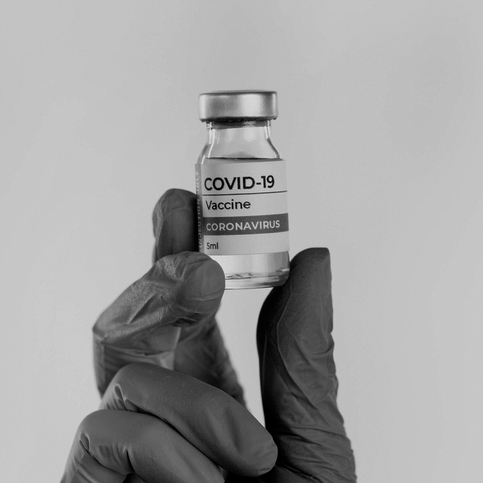 The Equal Employment Opportunity Commission (“EEOC”) recently updated its guidance on how to handle religious accommodations for COVID-19 vaccinations and requests for accommodation.