As part of the merger, a Stockholders Agreement and a Securities Exchange Agreement were created.  Under the Securities Exchange Agreement, Mr. Bommer agreed not to solicit customers of CMG in a way that directly competed with CMG.  After some disputes arose over alleged competitive conduct by Mr. Bommer, Mr. Gareleck and Mr. Reynolds invoked a buy-sell provision in the Stockholders Agreement, pursuant to which they offered to purchase Mr. Bommer’s shares in CMG.  This buy-sell provision was referred to as the Special Purchase Notice (“SPN”).  The SPN provided that Mr. Bommer would be paid approximately $1.7 million for his stock.  The SPN also provided that he would be paid an additional $192,000 pursuant to a promissory note if he entered into and did not violate a two-year non-competition and non-solicitation agreement.

Mr. Bommer submitted his resignation as an officer and director of CMG, tendered his shares, and requested the $1.7 million pursuant to the SPN.  When he did not receive payment, he filed suit against Mr. Gareleck and Mr. Reynolds in federal district court.

The SPN contained a section titled “Additional Terms” which provided that Mr. Bommer “will not directly or indirectly compete with the business of [CMG] by engaging in any business or enterprise that engages in telecommunication agency and resale services for telecommunications carriers anywhere within the United States.”  The SPN also provided that “[t]he final terms of the non-competition agreement will be subject to review by each party’s counsel and shall conform to the requirements of applicable law.”  Mr. Gareleck and Mr. Reynolds defended the lawsuit by arguing that there was not a binding contract because Mr. Bommer had not agreed to and signed the non-competition covenant.

The district court, interpreting the SPN, found that Mr. Bommer was entitled to recover the $1.7 million for the stock he had tendered, but could not recover the $192,000 that was contingent on the “Additional Terms” as the parties had never reached a binding agreement regarding the “Additional Terms” (and Mr. Bommer had therefore never signed or complied with such an agreement).  The Eleventh Circuit affirmed this ruling.

This ruling created confusion (and motion practice) in a related action.  Around the same time that Mr. Bommer had sued Mr. Gareleck and Mr. Reynolds in federal court, CMG had sued Mr. Bommer in the Superior Court of Fulton County.  CMG alleged a slew of unfair competition claims against Mr. Bommer, including breach of fiduciary duty, usurpation of corporate opportunities, unfaithful agent, conversion, fraud, and breach of the Securities Exchange Agreement.  CMG’s Complaint did not mention the SPN.

The parties had agreed to stay the Fulton County lawsuit pending rulings on summary judgment motions in the district court.  After the stay was lifted, Mr. Bommer moved for partial summary judgment on all of CMG’s claims that he had wrongfully competed with CMG through EBS.  Mr. Bommer argued that these claims were barred by collateral estoppel by the the ruling in the district court case.  The trial court agreed that CMG was collaterally estopped from pursuing its claims.  The trial court also found that the claims were barred because they were compulsory counterclaims in the district court case.

CMG appealed this ruling, and the Georgia Court of Appeals reversed.  Mr. Bommer had relied on the district court’s ruling that he was not entitled to recover the promissory note payment of $192,000 since he never complied with the non-compete provision contained in the SPN.  Based on that ruling, Mr. Bommer argued that collateral estoppel bars CMG from attempting to collect any additional monies from him based on his breach of the non-compete.  The trial court agreed with Mr. Bommer.  However, the Georgia Court of Appeals found that the issues decided in the district court case were narrow and that collateral estoppel did not apply.

The trial court had also found that CMG’s claims were compulsory counterclaims in the district court case, and that CMG was therefore barred from asserting them in the state court action.  The Georgia Court of Appeals reversed on this issue as well.  CMG was not named as a defendant in the district court case.  Rather, Mr. Gareleck and Mr. Reynolds were the only defendants.  Mr. Bommer had argued that because CMG was a potential defendant in the district court case, CMG was required to intervene in order to assert counterclaims against Mr. Bommer.  The Georgia Court of Appeals summarily rejected this argument, relying on Supreme Court authority holding that “a party seeking a judgment binding on another cannot obligate that person to intervene; he must be joined”.  Thus, CMG’s claims related to Mr. Bommer’s alleged violations of the non-competition covenant and his activities with EBS were not compulsory counterclaims and CMG was not barred from pursuing them in the state court case.

Many disputes involving unfair competition result in parallel litigation in multiple jurisdictions and/or court systems.  Cost Management Group, Inc. v. Bommer illustrates when preclusion doctrines may or may not apply to related claims in parallel proceedings. 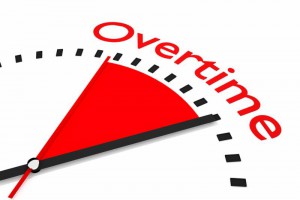