The Defend Trade Secrets Act emerged from the Senate Judiciary Committee this morning after a voice vote in favor of its passage.  This is a significant step toward passage of a federal trade secrets statute.  It is unclear at this time when it will be presented to the full Senate for a floor vote.  It is also unclear when the House may consider the proposed legislation, though the House introduced its own version of the DTSA last July.  The House version now has more than 100 co-sponsors.

Some of the noteworthy amendments to the DTSA that were recommended by the Senate Judiciary Committee are as follows: 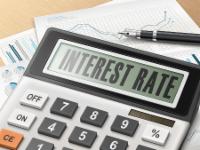