This now infamous outburst may have cost Serena Williams the U.S. Open Championship title and a renewed discussion on sexual bias. Trailing 4-3 in the second set, Williams called chair umpire Carlos Ramos a thief after she received two code of conduct penalties earlier in the match for improper coaching and smashing a tennis racket.

Upon being called a thief, Ramos issued a third code of conduct penalty to Williams, which resulted in a game being awarded to her opponent Naomi Osaka.  Osaka went on to win the match, her first Grand Slam win of her career.  It was a historic win, making Osaka the first Japanese tennis player to win a grand slam event. Sadly, her win was overshadowed by Williams’ outburst, Ramos’ issuance of a game penalty, and the controversy that followed.

Weeks later, the controversy continues to make headlines as Williams maintains that she is the victim of sexual bias.  Williams’ pleas to the tournament referees sum up her position best: “There are a lot of men out here that have said a lot of things and because they are a man it doesn’t matter. This is unbelievable. . .”

Williams may have a valid point. During the Laver Cup – a Europe-versus-the World event  –  Team World captain John McEnroe and player Nick Kyrgios launched a tirade of insults against the chair umpire over a call.  At one point, McEnroe told the umpire he was “delusional” while Kyrgios told the umpire that he’s “so irrelevant in this whole team thing, but you still manage to screw it up.” Kyrgios received a mere warning.

Williams’ incident raised questions of perceived bias at the U.S. Open. Earlier in the tournament, female professional Aliza Cornet received a warning when she removed her shirt and exposed her sports bra on the court.  Cornet had accidentally put her shirt on backward, quickly removed it, and then turned it around during a change-over. The U.S. Open immediately received backlash for imposing a double standard as men were permitted to remove their shirts without receiving any warnings.

The debates over who is at fault – Ramos or Serena – are interesting and raise an important management lesson: While having rules are important, it is also important to enforce them fairly, and with some discretion and good judgment.

Employees pay careful attention to how rules are enforced, especially if they are the one being disciplined. Perceived favoritism and unequal treatment are at the core of discrimination claims. Employers who do not enforce rules consistently, therefore, will likely be on the receiving end of a discrimination complaint.

Given all the attention it has drawn, the Williams incident is a good reminder of the importance of having sound rules, including an employee handbook – and enforcing them fairly. 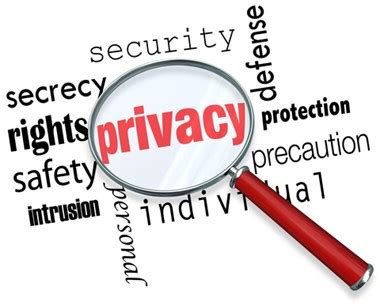