Do Due Diligence, or Risk Demolition

The case involves an owner of two parcels of investment real estate who entered into a contract to sell both parcels to one buyer. Many months before the contract, the city posted notices of demolition for both properties based on failures to comply with applicable zoning ordinances. The city also identified the properties as being non-conforming with its multi-family zoning ordinances. Before the demolition notices were issued, the city cited the properties and passed resolutions declaring the buildings unsafe.

The buyers were unaware of the citations or the proclamations that the buildings should be demolished. The contract provided that the “seller warrants that at the time of closing seller will convey good and marketable title to said property by general warranty deed subject to only: (1) zoning.”

The buyer’s title search prior to closing did not reveal the demolition orders. Interestingly, there was no evidence presented in the case whether someone searching the public record (more broadly than just the chain of title) would have discovered the demolition resolutions. After closing, the city had the properties demolished; and, a bill was sent to the buyer for the demolition costs. After closing, the seller (no longer the owner) tried to obtain an exception to the zoning rules. It was unsuccessful. Imagine the buyer’s surprise!

The buyer filed a lawsuit against the seller for fraud, negligent misrepresentation and other claims. During the case, the buyer had a real estate closing attorney provide an expert affidavit declaring that the demolition notices were not in the chain of title and could not be located in a normal title examination. The buyer lost at the trial court. The appellate court, however, revived the buyer’s negligent misrepresentation claim based on the expert affidavit that the demolition notices were not found in the chain of title. Even though the seller stated the property complied with all applicable laws, the claims made by the buyer about misrepresentations concerning the zoning status of the property, however, were rejected. The Court of Appeals noted the buyer could have verified the zoning status of the property through diligence, and that the seller’s obligation to convey good and marketable title was expressly subject to zoning limitations. The Court of Appeals, therefore concluded the buyer did not exercise appropriate diligence and lost that portion of his claim.

The grand takeaway is: leave nothing to chance. Even in a situation when the seller appears to have been misleading, the buyer struggled to bring successful claims.  Be as thorough as possible with your due diligence.  Further, be particular about the representations being made by all parties in the transactions upfront, leaving as little uncertainty as possible about the scope of the promises about the property and its condition. 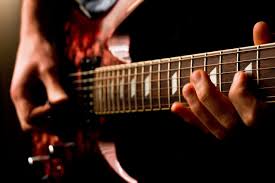 Copyright Law Strikes a New Chord in the Music Industry