Can the Annotated Georgia Code be Copyrighted?

The Court of Appeals for the Eleventh Circuit recently determined that the Official Code of Georgia Annotated cannot be copyrighted.

Previously, this blog discussed Code Revision Commission v. Public.Resource.Org, Inc., 1:15-CV-2594-RWS, 2017 WL 1228539 (N.D. Ga. Mar. 23, 2017), in which the United States District Court for the Northern District of Georgia held that a nonprofit did not have the right to freely distribute and provide access to the Official Code of Georgia Annotated (“OCGA”) because the annotated version could be copyrighted.

The Code Revision Commission v. Public.Resource.Org, Inc. lawsuit arose after a California non-profit known as Public.Resource purchased all 186 printed volumes of the OCGA and its supplements, scanned them, and then posted copies to its website.  Public.Resource also distributed copies on USB thumb drives to various politicians and government employees. Code Revision Commission— an arm of the Georgia General Assembly—made claims for both direct and indirect copying infringement, seeking injunctive relief and for the infringing materials to be removed from the internet.  Public.Resource responded with counterclaims, alleging that state laws cannot be copyrighted.

The District Court found in favor of Code Revision Commission because, unlike the official codes of many other states, Georgia’s official code is heavily annotated with non-statutory text including summaries of judicial decisions, editor’s notes, research references, notes on law review articles, summaries of Georgia Attorney General opinions, indexes, and title, chapter, article, part, and subpart captions, which the District Court found to be copyrightable.  The majority of these supplemental annotations were developed by a private party, Matthew Bender & Co. (LexisNexis), pursuant a contract with the State of Georgia. By providing free access to this material, Public.Resource jeopardized the potential royalties that could be earned from those who would pay to access these annotations.  For this reason, among others, the District Court found in favor of Code Revenue Commission.

The three-judge panel for the Eleventh Circuit Court of Appeals disagreed, finding that the official code annotations exist somewhere between statutory text (which all agree cannot be copyrighted) and private annotations to statutory text (which generally can be copyrighted).  Although it was a close call, on balance, the Court of Appeals concluded that the annotations are “sufficiently law-like” so as to be uncopyrightable.  One reason for this is that the state is simply too involved in the development of the annotations to treat them as if LexisNexis had drafted them independently:

Second, the official code annotations are “law-like” because they are an authoritative source on the meaning Georgia’s statutes.  The Court of Appeals observed, “[h]aving been merged by the General Assembly with the statutory text into a single, unified edict, stamped with the state’s imprimatur, and created and embraced by the same body that wrote the text that they explicate, the annotations have been suffused with powerful indicia of legal significance that is impossible to ignore.” It also noted that Georgia’s courts have frequently characterized the comments contained in the OCGA as “conclusive statements about statutory meaning and legislative intent.” Third, the Court of Appeals noted that Georgia legislature’s use of bicameralism and presentment to adopt the annotations as their own and merge them with the statutory text is too similar to the process by which the underlying statutes are passed to be treated as a private work.  Based on the totality of these observations, the Court held that no valid copyright can subsist in the OCGA.

When Public.Resource’s founder, Carl Malamud, learned about the ruling, he tweeted:

To the people of Georgia: This law is your law. This law is my law. From the Blue Ridge Mountains to the Savannah River. From Morehouse College to the Vidalia fields. This law was made for you and me

The OCGA is available to the public online. LexisNexis also provides free public access to an unannotated version of Georgia’s code online pursuant to its contract with Code Revision Commission. 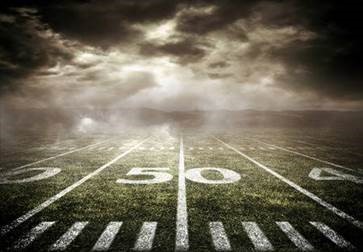