This year’s Mexican Open was marred by controversy when tennis world No. 3 Alexander Zverev was disqualified from the tournament after he repeatedly slammed his racket at the umpire stand and shouted expletives at the umpire.  Although Zverev was disqualified from the tournament and fined, many players and commentators viewed the discipline as too weak and raised the question of whether a double standard exists.

The Incident
Following a questionable line call, Zverev cursed at the chair umpire Alessandro Germani. After losing the match a few moments later, an enraged Zverev took four aggressive swings at the umpire’s chair with his racket.  The first three blows landed close to Germani, who was visibly frightened by the attack.  After a short break, Zverev cursed at Germani again and then took a fourth and final swing at the chair for good measure.

Zverev was disqualified from the event, fined $40,000 for unsportsmanlike conduct and physical and verbal abuse, and docked of all rankings points and prize money earned at the Open.

Given the egregiousness of the conduct, the Association of Tennis Professionals (“ATP”) investigated the incident, tacked on an additional $25,000 fine, and issued an eight-week suspension. The suspension, however, does not get triggered unless Zverev commits the same code violations within the next year.

Serena Williams Claims Double Standard
Some of tennis’ most recognized active and retired players view the ATP’s response as weak and nothing more than a slap on the wrist.  Eurosport’s Mats Wilander, a former No.1 player, was critical of the ATP’s decision and believes Zverev should be banned from big events and undergo a rehab process.[1]

Serena Williams, a 23-time Grand Slam Champion, was also critical, but highlighted an additional concern about gender bias, or discrimination.  Williams claimed there is a double standard in tennis stating: “I would probably be in jail if I did that – like, literally, no joke.”

Williams was backed by former 18-time Grand Slam champion Chris Evert who like, Wilander, commented that Zverev’s punishment was too lenient. Evert also agreed with William’s comments regarding different standards: “I wouldn’t go as far as saying she would go to jail, but I think she has a point and I think that definitely her consequences would have been far stricter than Zverev’s.”[2]

This is not the first time Williams has claimed a double standard in professional tennis. Her infamous outburst in the 2018 U.S. Open may have cost her the U.S. Open Championship title and initiated discussion on sexual bias.  Trailing 4-3 in the second set, Williams called chair umpire Carlos Ramos a thief after she received two code of conduct penalties earlier in the match for improper coaching and smashing a tennis racket.

Upon being called a thief, Ramos issued a third code of conduct penalty to Williams, which resulted in a game being awarded to her opponent Naomi Osaka.  Osaka went on to win the match, her first Grand Slam win of her career.  It was a historic win, making Osaka the first Japanese tennis player to win a grand slam event. Sadly, her win was overshadowed by Williams’ outburst, Ramos’ issuance of a game penalty, and the controversy that followed.

Alleged Bias and Discrimination Complaint
For several weeks thereafter, the controversy continued to make headlines as Williams maintained a discrimination complaint: she was the victim of sexual bias.  Williams’ pleas to the tournament referees summed up her position best: “There are a lot of men out here that have said a lot of things and because they are a man it doesn’t matter. This is unbelievable. . .”

Williams claims of bias may be valid. Earlier in the 2018 U.S. Open, female professional Aliza Cornet received a warning when she removed her shirt and exposed her sports bra on the court.  Cornet had accidentally put her shirt on backward, quickly removed it, and then turned it around during a change-over. The U.S. Open immediately received backlash for imposing a double standard as men were permitted to remove their shirts without receiving any warnings.

During the 2018 Laver Cup – a Europe-versus-the World event – Team World captain John McEnroe and player Nick Kyrgios launched a tirade of insults against the chair umpire over a call.  At one point, McEnroe told the umpire he was “delusional” while Kyrgios told the umpire that he’s “so irrelevant in this whole team thing, but you still manage to screw it up.” Kyrgios received a mere warning.[3]

Double Standards Transcend Sports
Sports is a microcosm of life, and Williams’ claim of double standards in tennis is part of a larger conversation about bias, inequality and discrimination taking place within and outside of sports.

In recent weeks the United States Women’s National Team (“USWNT”) settled their class action equal pay lawsuit against the U.S. Soccer Federation for a total of $24 million.  The USWNT’s long legal battle drew attention and awareness about gender pay equity in sports and the workplace.

Coach Brian Flores’ class action race discrimination lawsuit against the NFL alleges racial discrimination in hiring practices (including failure to follow the Rooney Rule), but also alleges that Black coaches are held to a double standard when it comes to retention.[4] The lawsuit has generated national conversation about racial equality in professional football and in society at large.

Debates over Zverev’s punishment, Williams’ code violations and Flores’ claims are interesting and raise an important lesson to organizations within and outside of sports:
While having rules are important, it is critical to enforce them fairly, and with good judgment.

Organizations that do not enforce rules consistently and equitably, therefore, will likely be on the receiving end of a discrimination complaint.

[3] McEnroe and Kyrgios’ epic ‘blow up’ at umpire in tandem rant (https://au.sports.yahoo.com/mcenroe-kyrgios-epic-blow-umpire-tandem-rant-010301534.html) 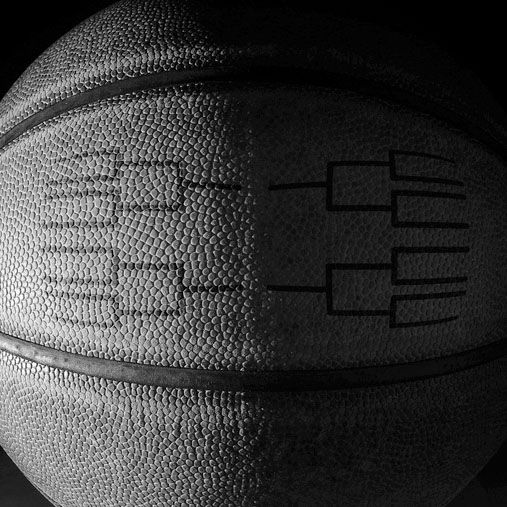 Today, phrases such as “March Madness,” “Elite Eight, “Final Four,” “The Big Dance,” and even “March Mayhem,” are all registered NCAA trademarks.