Controversial professional tennis player Nick Kyrgios once again grabbed headlines after he was fined $113,000 by the Association of Tennis Professionals (“ATP”) for his outburst at the Western and Southern Open in Cincinnati, Ohio.

Kyrgios went ballistic after he received a time violation warning on his serve by swearing at and verbally abusing the umpire and smashing a pair of tennis racquets.   Kyrgios believed he was treated unfairly and singled out, because other players have violated time clocks without receiving a warning.

The ATP released a statement specifying that Kyrgios was fined for ball abuse, five unsportsmanlike conduct penalties, leaving the court, audible obscenity and verbal abuse during his loss.[1]

In addition to the fines, the ATP said it is investigating to see if further action is warranted under the Player Major Offense guidelines. Violations could result in additional fines and even suspension.

To show a double standard, Kyrgios posted an Instagram video after his match comparing his and Rafael Nadal’s serving time. The video shows that Kyrgios used 28 seconds to serve while Nadal took 41 seconds in situations where both players were leading advantage to forty.  Kyrgios cried foul over the fact that Nadal didn’t receive a time violation warning while he did.

Interestingly, Kyrios’ claim of unequal treatment arises near the one-year anniversary of Serena Williams’ epic meltdown at the 2018 U.S. Open Championship. Williams received multiple code violations that ultimately cost her a game penalty in the championship match.  Williams argued, and still maintains, that she was treated differently than male tennis players who engaged in the same or worse behavior and did not get penalized in the same way.

Kyrgios’ meltdown was something to behold.  Yet, it was his post-match Instagram post and claim of unequal treatment that caught my attention, because they raised some important employment law and human resource issues.  Here are five tips to take away from the Kyrgios incident:

A good start to avoiding controversy in the workplace is to implement rules that make sense.  Employers should spend time thinking about what rules are really necessary and appropriate for their particular workplace.  A common mistake many employers make is copying handbook policies from other companies without understanding what they mean or whether they fit their workplace.  This is a recipe for disaster.

Sometimes a rule makes sense when it is first implemented, but situations arise that warrant a revision to the rule. For example, in light of the Serena Williams U.S. Open controversy, professional tennis is currently debating its prohibition against coaching during certain matches. I would not be surprised if questions are now also being asked about whether the time clock rule and penalties in tennis should be adjusted.  A good employer practice is to review existing policies at least once a year to ensure they are compliant with any changes in the law and still make sense.

Having sound rules is not enough.  It is equally important to enforce rules consistently and without bias.  Despite violating the time clock, Kyrgios maintains that he was nonetheless a victim, because the rule was applied inconsistently.  Serena Williams claimed sex discrimination because she believed men were treated more favorably.  This is the same reasoning that fuels discrimination claims in the workplace.

Just like Kyrgios compared himself to Nadel and Williams compared herself to male tennis players, employees compare themselves to other employees when it comes to rule enforcement.   Employees pay careful attention to how rules are enforced, especially if they believe they are being treated unfairly or singled out.  Perceived favoritism and unequal treatment are at the core of employment discrimination claims.  Employers who do not enforce rules consistently are at risk of being on the receiving end of a discrimination complaint.  If an employer does not intend to enforce a rule, or ensure the rule is enforced consistently, the employer may be better off without it.

Kyrgios has a history of engaging in verbal abuse and unsportsmanlike conduct.  It’s hard to expect an umpire to completely ignore that fact when officiating his match and enforcing rules.  Similarly, while employers should enforce rules consistently and avoid favoritism, it is human nature for a manager to cut a good employee some slack and be less tolerant of a bad employee.  There are certainly situations where past behavior is a valid consideration in determining whether to issue discipline.  So, if an employee wants to receive the benefit of the doubt, they should act professionally.   This means adhering to company policies, treating people with respect, avoiding conversations about inappropriate topics, and keeping their hands to themselves.

Regardless of whether you think Kyrgios’ Instagram post was appropriate or not, his use of social media was a creative way to express his gripe and support his point.  Like Kyrgios, employees are increasingly using social media as a platform to lodge complaints, often at the frustration of their employers.  Be aware, however, there are limits on what an employer can do to an employee who complains through social media!  In the past few years the National Labor Relations Board (“NLRB”) has taken an increased interest in whether workplace policies prohibiting employees from discussing the terms and conditions of their employment on social media such as Facebook and Twitter violate the National Labor Relations Act by interfering with workers’ rights to engage in concerted activity.  Federal law prohibits an employer from interfering with employees who come together to discuss work-related issues for the purpose of collective bargaining or other mutual aid or protection, and the NLRB has correctly noted that social media has become one of the primary avenues through which employees engage in such activity.  What constitutes protected activity can be a gray area, so it is prudent to seek legal counsel before disciplining an employee over a social media post.

Workplace policies and rules are important tools to communicate expectations.  To be effective, however, rules should be thoughtfully considered, periodically reviewed, and revised when necessary.  Having rules, however, is not enough to maintain a healthy work environment.  Consistent enforcement is critical to maintain compliance and avoid perceived discrimination.  The consequences of applying workplace policies inconsistently can be costly. Employers should, therefore, train supervisors how to apply policies consistently and without regard to protected characteristics such as race, sex, national origin, and religion.

[1] The breakdown of fines is as follows: 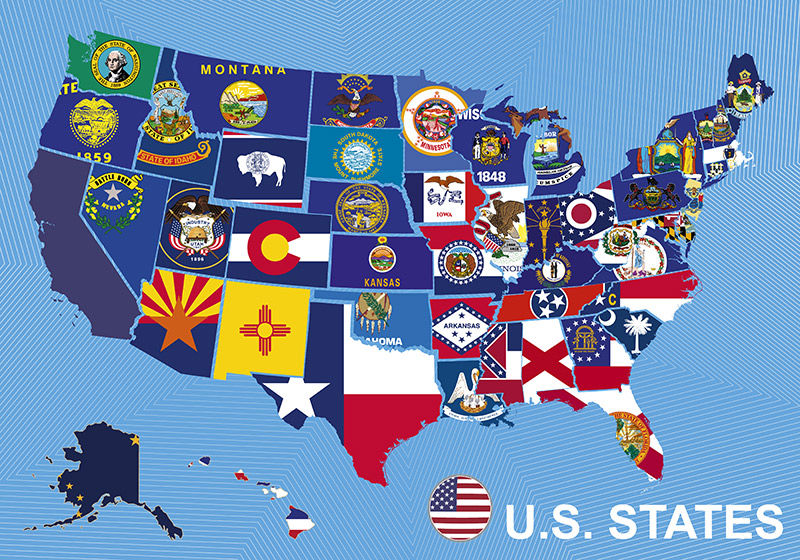 Employer Alert: Non-Competes Are Under Attack in Certain States